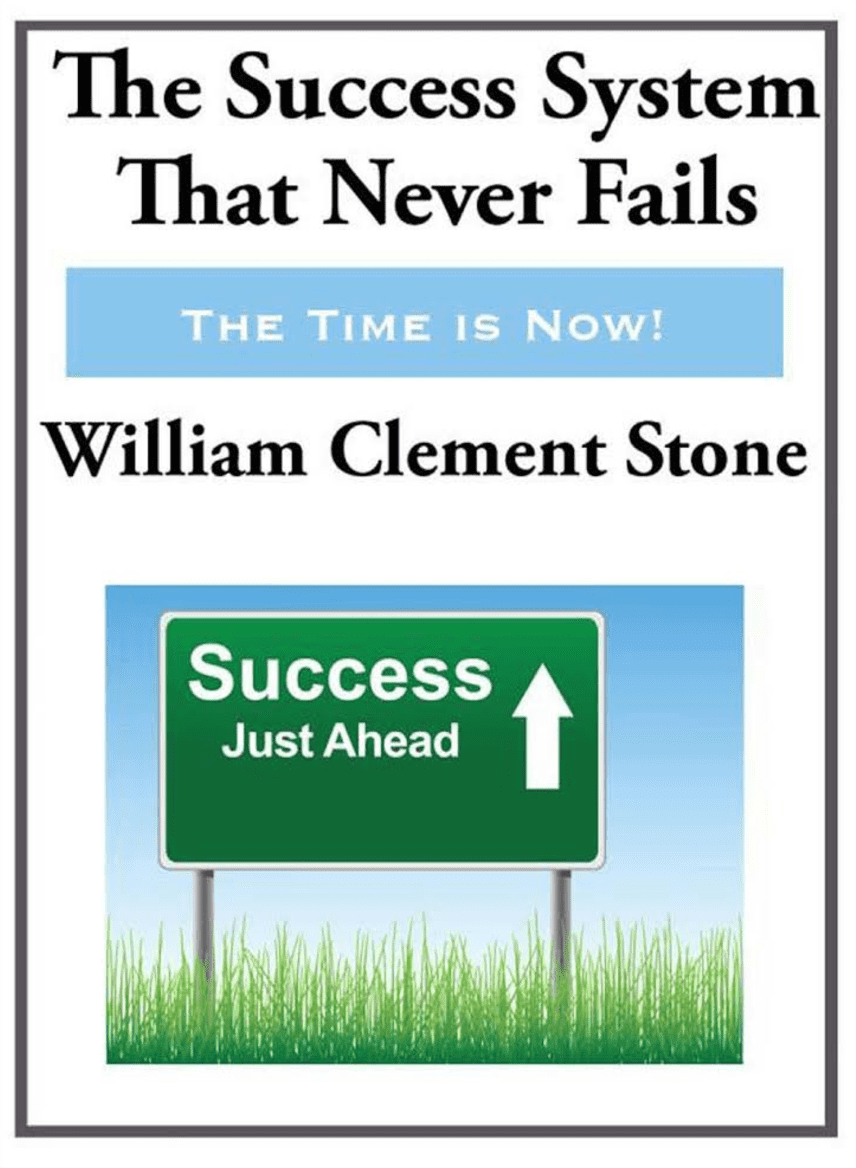 Mr. Stone wrote 2 seminole books on positive mental attitude – (PMA) and success in 1960 & 1962 – “Success through a Positive Mental Attitude” and “The Success System That Never Fails”

The books changed my life and the lives and trajectory of millions and rocketed to bestseller status in a matter of months. These 2 Books on Positive Mental Attitude & a Success System to live a more self-actualized life will change your thinking and your life!

Mr. Stone was born in Chicago, Illinois on May 4, 1902. His father died in 1905 leaving his family in debt. In 1908 he sold newspapers on the South Side of Chicago while his mother worked as a dressmaker. By 1915 he owned his own newspaper stand. In 1918 he moved to Detroit to sell casualty insurance for his mother.

Stone dropped out of high school to sell insurance full-time. He received a diploma from the YMCA Central High School in Chicago. He took courses at Detroit College of Law and Northwestern University.]

Much of what is known about Mr. Stone comes from his autobiography The Success System That Never Fails. In that book, he tells of his early business life, which started with selling newspapers in restaurants. At the time, this was a novel thing to do, a departure from the typical practice of boys hawking newspapers on street corners.

From selling newspapers, he graduated to selling insurance policies in downtown business offices. His mother managed his new career and together they were very successful.

Stone ran $100 into millions with his strong desire to succeed and by putting into practice the principles outlined in the well-known self-help book, Think and Grow Rich by Napoleon Hill.

Stone was a living example of the proverbial rags-to-riches protagonist in the Horatio Alger‘s stories he loved. Eventually, he became an ‘angel’ to others, lifting some from the gutter to the heights of success. One of his great success stories was Og Mandino, an alcoholic whom Stone took under his wing. The relationship led to a new life for Mandino, who became the publisher of Success Magazine.

Mr. Stone developed 17 principles of success that he practiced daily and shared and inspired millions to use the power of PMA – Positive Mental Attitude, to live a happier, more productive and successful life.

I challenge you like Mr. Stone challenged himself to practice these principles daily and see the personal growth that ensues.